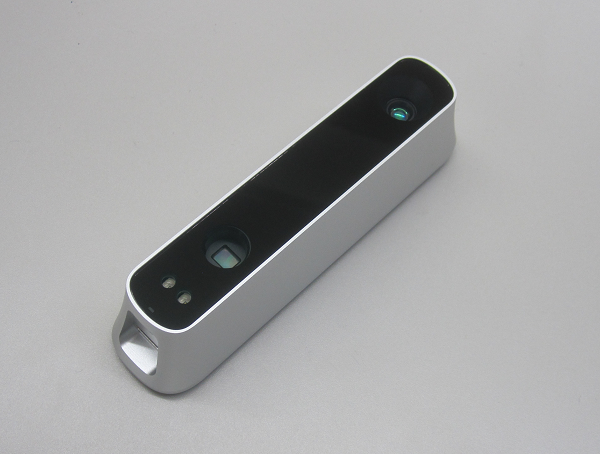 A 3D scanner, by attaching to an iPad, and aligned with its camera function, analyzes physical objects and environments, collecting data and information about the item's structure and geometric makeup. These data are then used to virtually reconstruct a three-dimensional version of the real world object. While 3D scanners are ideally suited to rendering the shape of an object, they may struggle to pick up an item's intricate and complex details. It is similarly good to keep in mind that 3D scanners will have difficulty recording reflective and translucent surfaces. However, objects with softly contoured surfaces, that are light in color, or are matte or opaque, will often come through in a scan very well. The scans can be uploaded and streamed wirelessly into the software, Skanect.