Study scores can include a wide variety of score formats and editions, including miniature scores, scholarly editions, collected works, and even manuscripts. Study scores support musicological research, music analysis, and composition but, in some cases, can also be used in performance settings.

A manuscript is an unpublished, usually handwritten music score. If the manuscript includes the composer's writing, it is called an autograph or holograph. 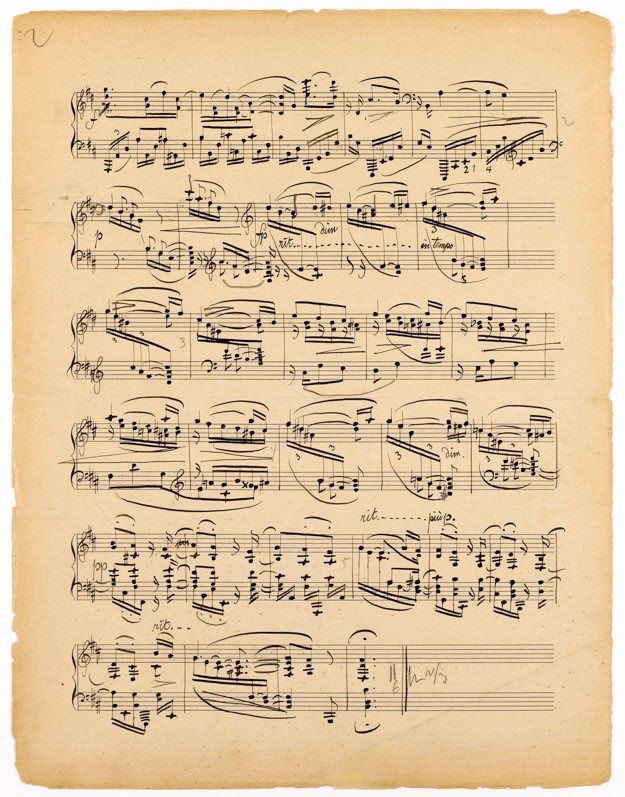 RISM's database offers the most comprehensive documentation available for music manuscripts and printed music for the time between 1600 and 1800. It continues to grow through monthly updates. The RISM Online Catalog is a free resource that can be accessed from www.rism.info and opac.rism.info. It documents manuscripts, printed music, libretti, and treatises.

The online catalog contains all of series A/I, A/II, and years 1500-1550 of B/I.
It is made possible through a partnership between the Bavarian State Library (Munich), the State Library of Berlin, and RISM.

A facsimile is a photographic representation of the composer's manuscript, or an early copy, or a first published edition. Facsimiles can be very challenging to read as some were hastily written or copied by hand, or engraved so long ago that the score's condition is fragile.

Below is a copy of a published facsimile of the holograph score Brahms' Violin Concerto Op.77, with corrections probably by Joseph Joachim, in the Music Division, Library of Congress; scanned image courtesy of IMSLP.

According to Grove's, a holograph is "A document written in the hand of the author or composer. This distinguishes it from the more commonly used word, Autograph, for the latter, strictly, means merely that the document is written by someone who can be named." 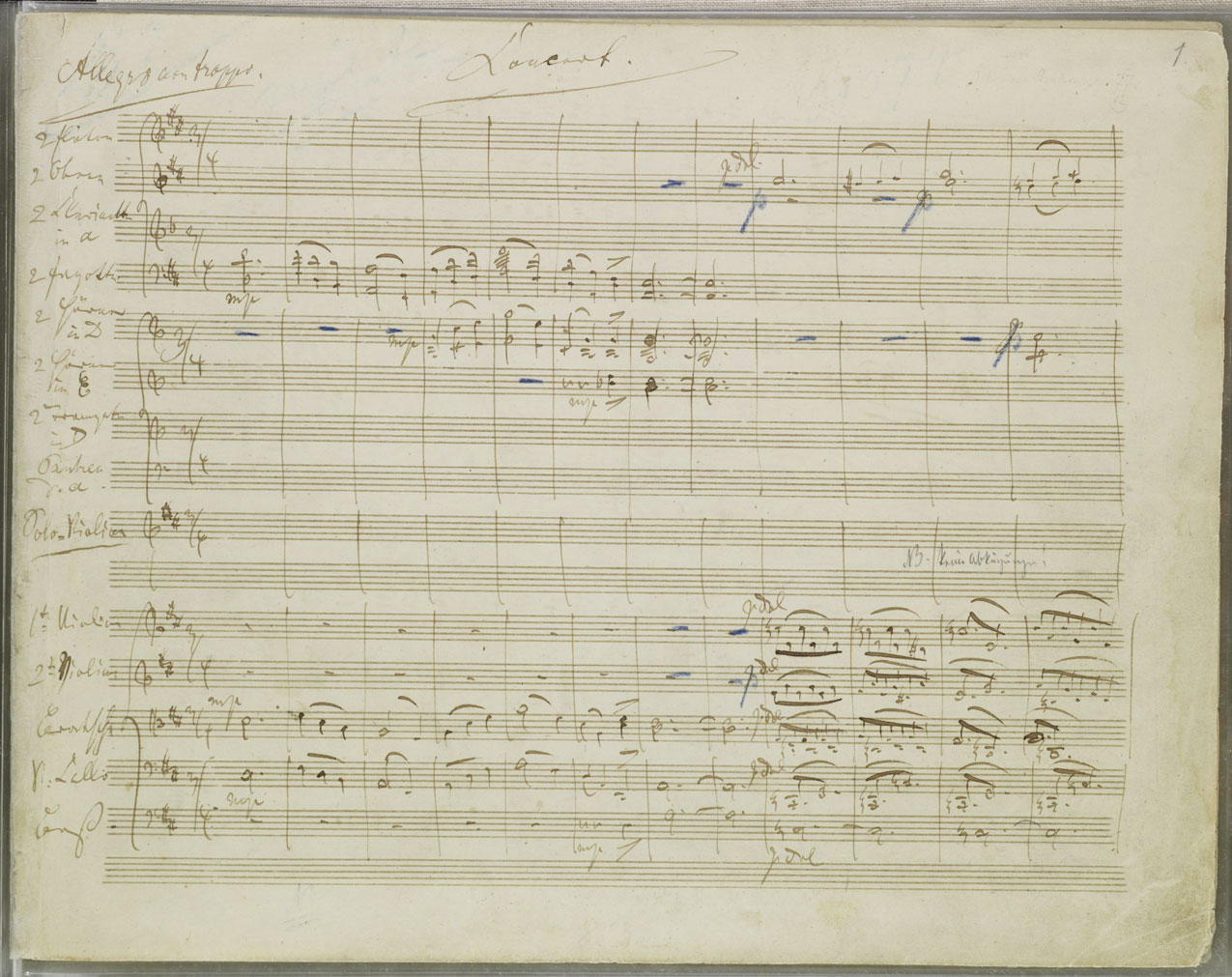 You can find a copy of the published score in Collins Memorial Library Score Music   ML96.5 .B75 op.77 M4

Most major composers' works have been cataloged and numbered by scholars. This information has been published in thematc catalogs (called "thematic" because they include the musical notation for the principle themes (tunes) of each work, to aid in identification).

Thematic catalogues provide lists of composer's works in an organized fashion; many include incipits (the opening words of a text, manuscript, early printed book, or chanted liturgical text) for the beginning of each work/movement. Often this is by opus number or chronology. Well-known examples are Otto Deutsch's Schubert thematic catalogue and Bach's BWV Bach Werke‐Verzeichnis (Index to Bach's Works). It's from these catalogs that we get the opus numbers used to identify classical musical works. (Some composers' work numbers have become associated with the name of the scholar who cataloged his works -- for instance, "Koechel" numbers for Mozart).

Thematic catalogs also contain a lot of useful information on the primary sources (manuscripts, early editions) of a composer's works.

For a more detailed definition, see the entry in Grove. Thematic catalogs can also help you locate individual works in a composer's collected edition.

To find a thematic catalogue for a particular composer you can: 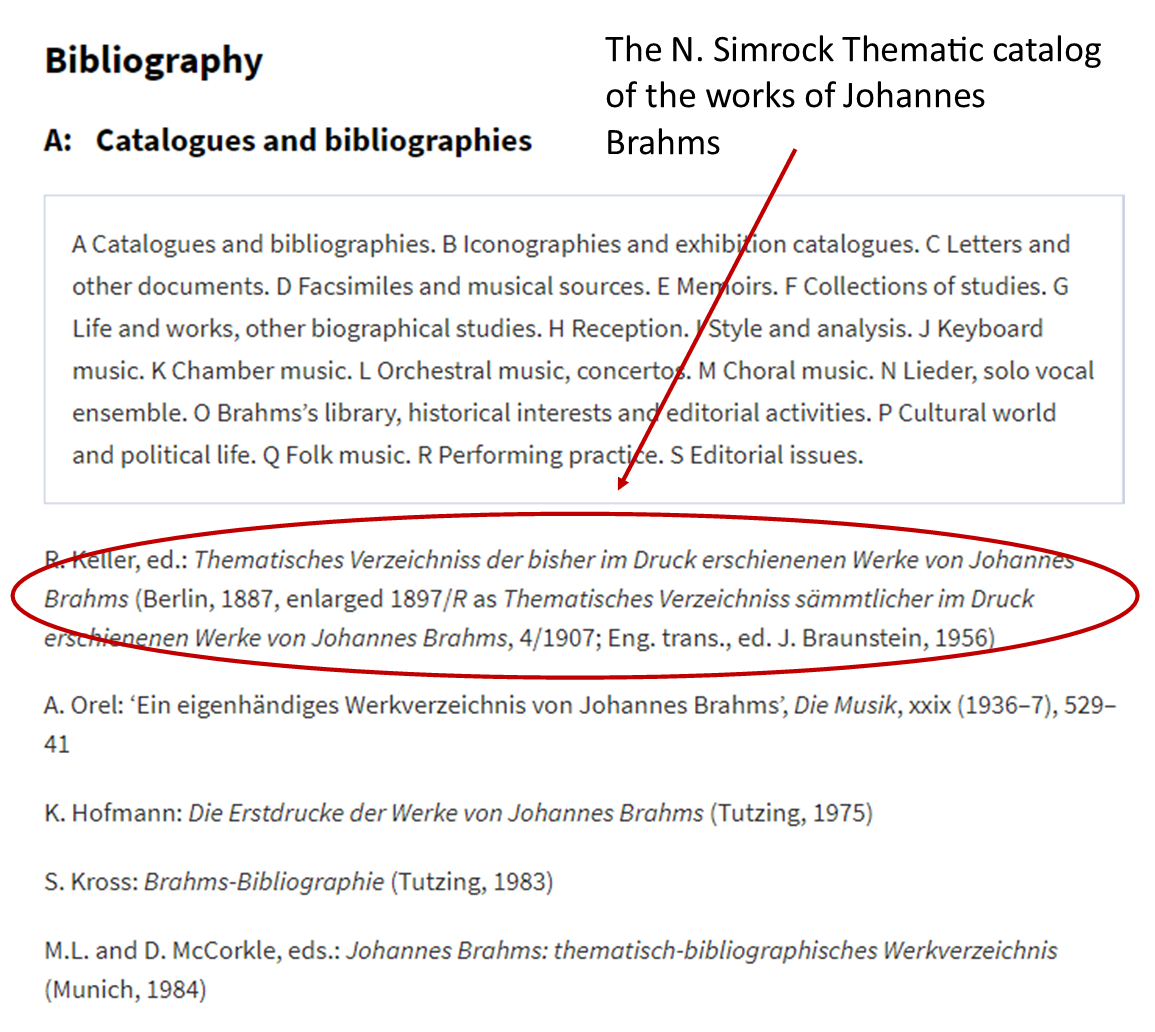 Scholarly or Critical Editions of music include critical commentary that explains what sources were used to create the edition. These are the work of music scholars and comprise multi-volume monographic sets or series, often published over decades.

Scholarly editions are based on primary sources and usually contain extensive essays.  Most are part of large sets or series purchased on subscription.  They may be published as part of a topical or period series, such as Recent Researches in Music of the Baroque, or as the complete works of one composer, published as a collected edition.

They primarily fall into two categories:

To locate individual items in a collected works set using Grove in Oxford Music Online, search for the composer and then select "Works" under the the Article Contents on the left.

Collected editions for that composer will be listed at the start of this section. Note the abbreviation in brackets at the end of each listing. 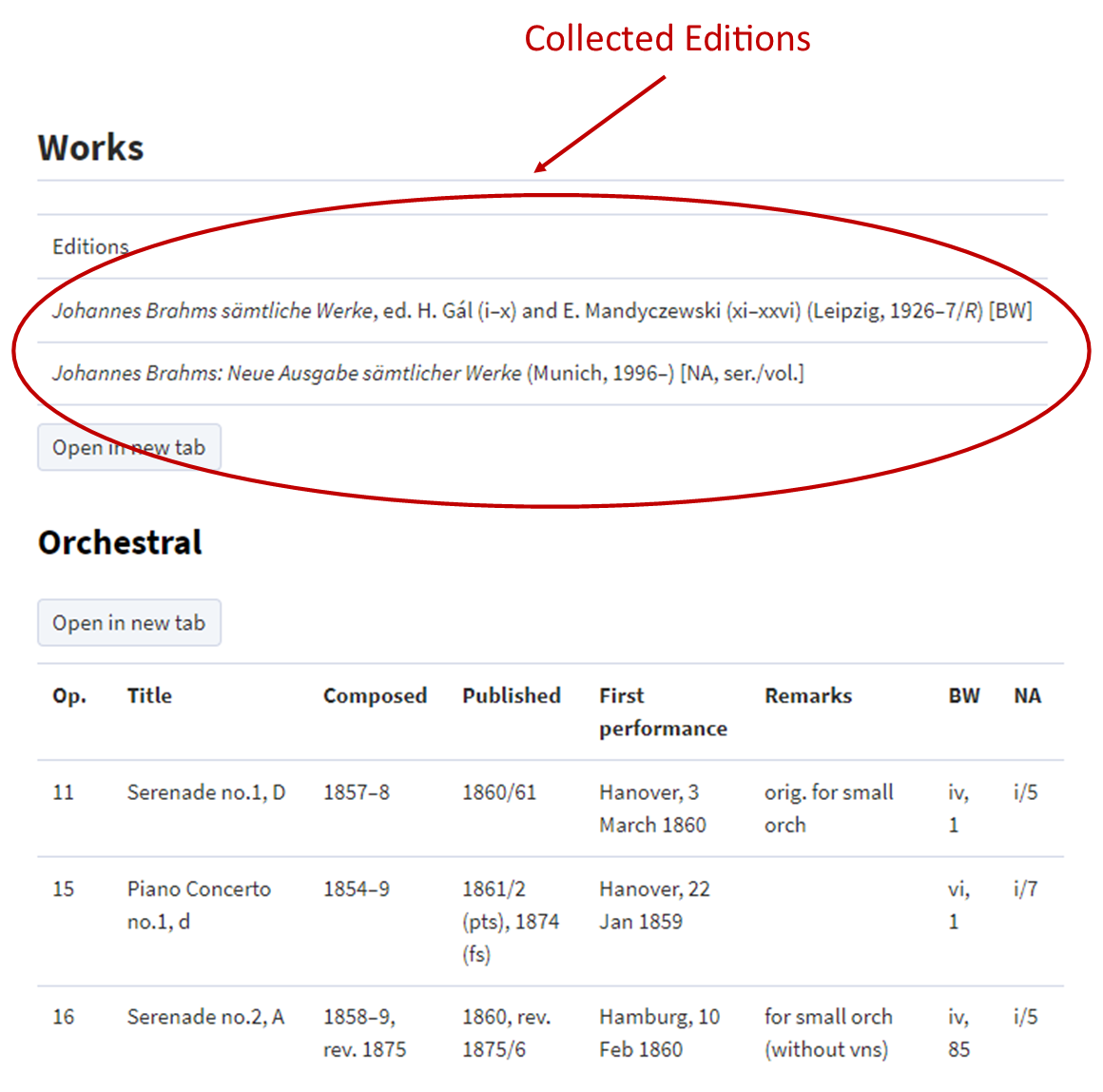 To find individual pieces, look at the columns that have those abbreviations. The numerals represent either the volume and page number in the collected editions or the series and volume. 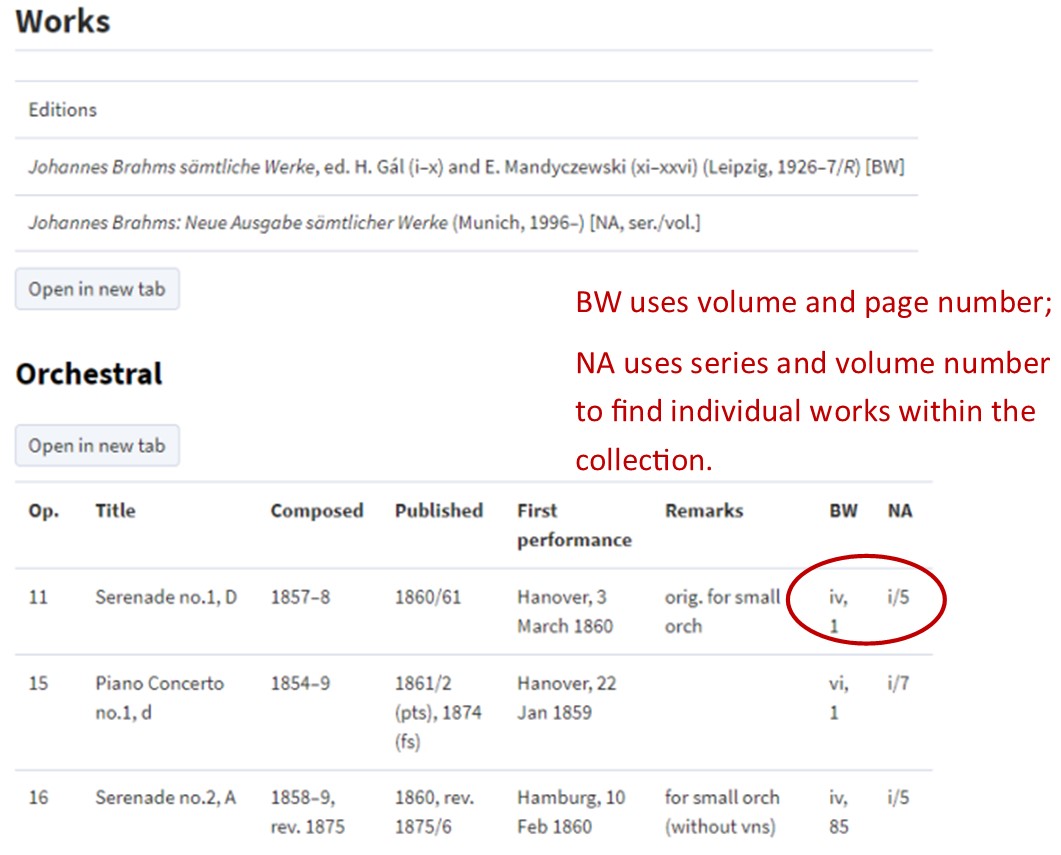 It can also be useful to refer to the following print resource to identify a collected edition:

Monuments of Music are large anthologies of music that collect music of a particular country, genre, or time period. They often include music that is not otherwise available, and may be your only source for a particular work. Editing practices of monuments have varied, but later editions tend to be done as critical editions and present reliable versions of the music.

Other large sets are collections of a time period or genre, such as Corpus of Early Keyboard Music, Early English Church Music, and The Symphony.

Monuments of Music are shelved, along with smaller anthologies, in M2.

Use Primo to find scores in the library collection.

Refine your results to scores and search composer, instrument, title, or genre to identify call numbers.

Scores are located on the second floor in the M's.

There are also scores on cd. Search "cd sheet music" in Primo.

CDs are located in cabinets on the second floor. You can also borrow scores from other libraries by searching Primo.