This digital teaching collection focuses on the beginning of the Women's Studies program at the University of Puget Sound.

Date range of materials within this digital teaching collection: 1969-1990.

The following individuals contributed to the creation of this Digital Teaching Collection:

If you have any questions about this Digital Teaching Collection, please email archives@pugetsound.edu.

Citing a primary source document from an archives varies depending on the instructor's preference or the discipline in which you are operating. For a tutorial on how to cite archival items, visit Puget Sound's Citation Tools Guide and visit the Archives tab. 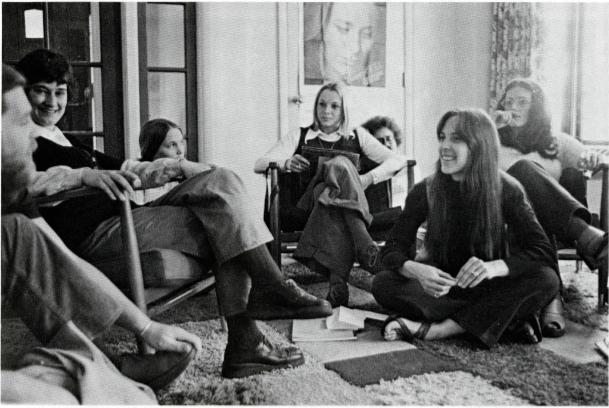 Women’s studies is an interdisciplinary field of research and study that emerged from and was influenced by the student, civil rights, New Left, peace, and women’s movements of the 1960s and 1970s. Described by Florence Howe, founder of the Feminist Press, in 1979 as the “academic arm of the women’s movement,” at its inception, women’s studies sought to bring  the social and political concerns of the era, such as employment and professional advancement, pay equity, questions of marriage and family, sexual politics, and more into university curriculums. By placing women’s lives, experiences, and contributions at the center of academic study, activists and scholars hoped to counter the lack of content focusing on women’s history and issues in higher education and challenge male-dominated fields of study and male-centric bodies of knowledge. To read the complete essay, visit the Overview Essay tab of this guide.

How to Use this Digital Teaching Collection

There are many components of this Digital Teaching Collection for you to explore!

In this rotating gallery, you'll get a glimpse of some the items from this digital teaching collection. Click on the image to be taken to a digital database where you'll find a larger version of the object, more details about it, and be able to download a copy to use for research. To see the entire set of sources, visit the List of Sources. 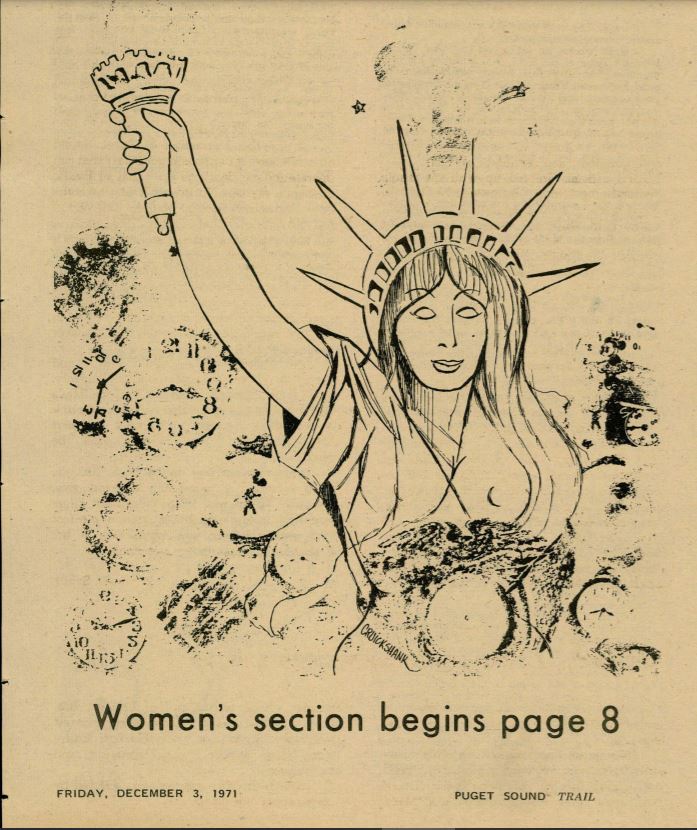 This selection of articles on women’s liberation was published in the December 3, 1971 special issue of The Trail, the student newspaper of the University of Puget Sound. 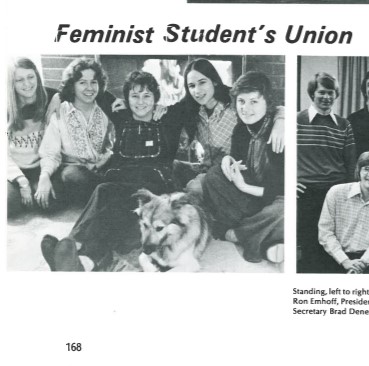 This image of the Feminist Student’s Union appears in the 1975-76 volume of Tamanawas, the yearbook for the University of Puget Sound, which was published annually from 1920 to 2016. In general, Tamanawas documented student life, academics, athletics, and other activities on campus throughout the academic year. 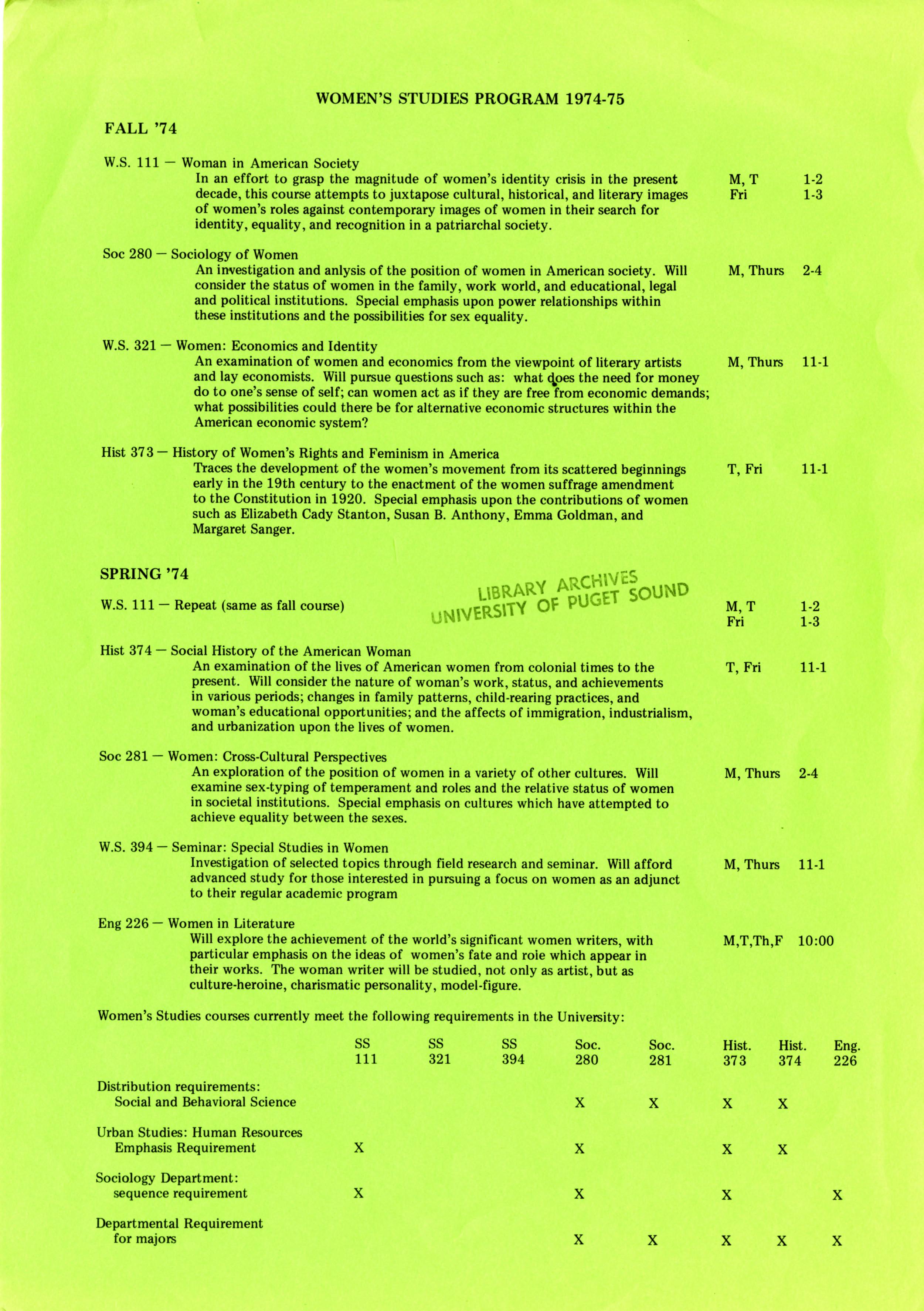 This flyer provides information about course offerings in Women’s Studies for the academic year 1974-75. When examining this document, note the topics represented in each course and their disciplinary focus, in addition to how Women’s Studies courses fulfill curriculum requirements at the university. 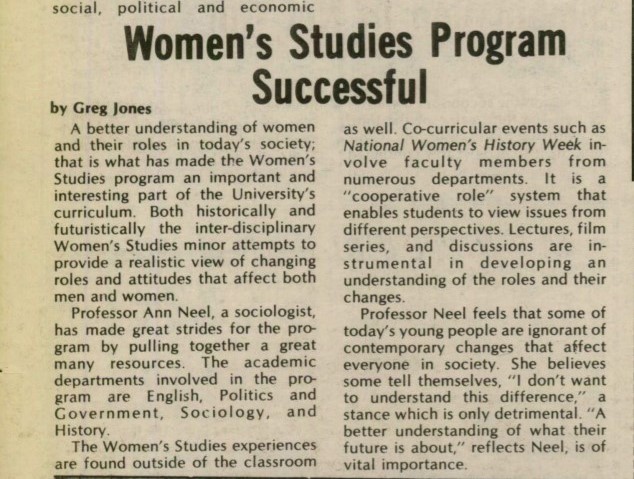 The first article, “Goals of FSU Examined,” appeared in the April 28, 1983 issue of The Trail, the student newspaper at the University of Puget Sound, and describes the activities and goals of the Feminist Student Union. 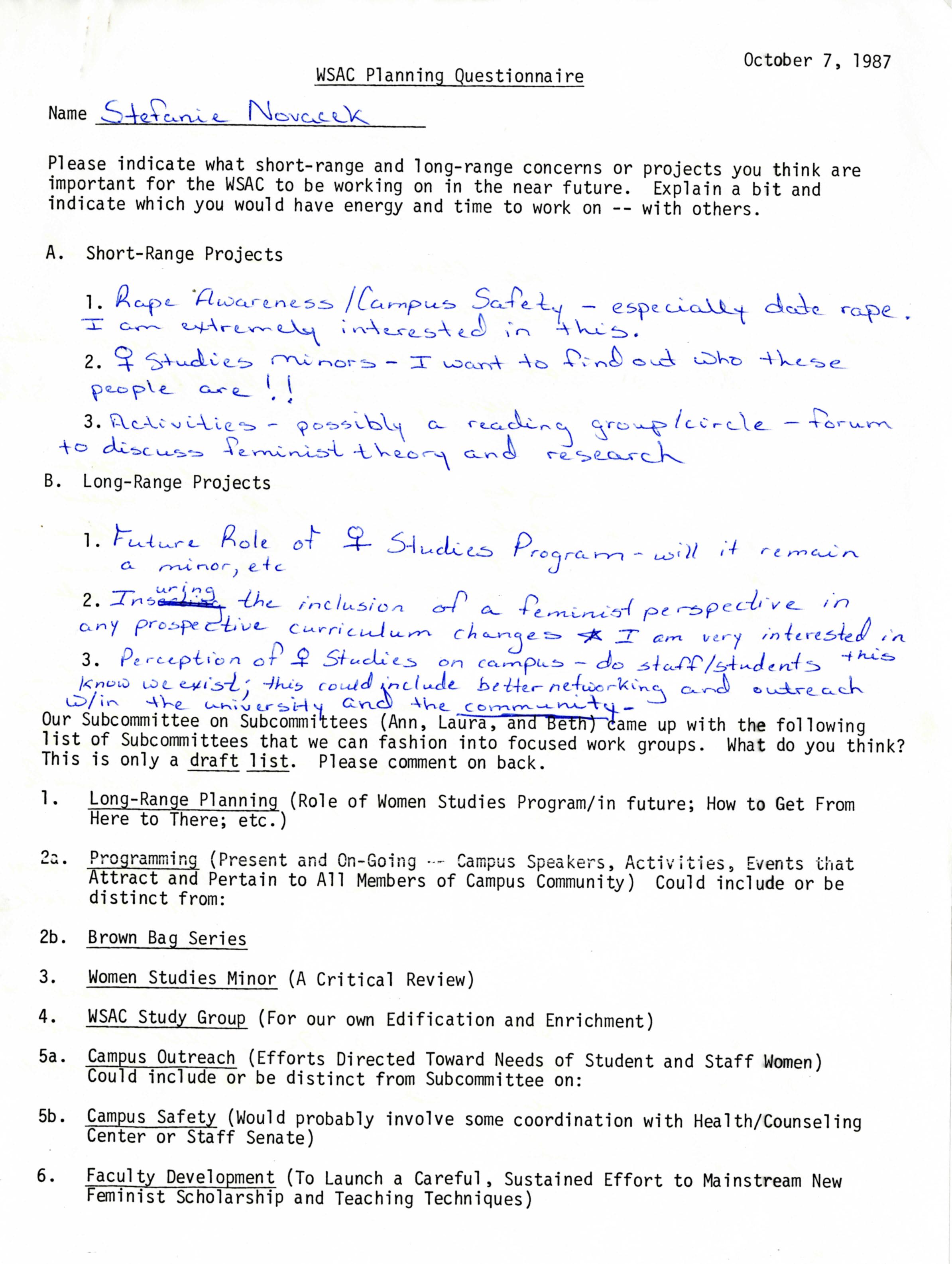 This item is a planning questionnaire form prepared by the Women’s Studies Advisory Council (WSAC) and filled out by respondent Stefanie Novacek, dated October 7, 1987.