This guide is intended to help students with their final portfolio project. 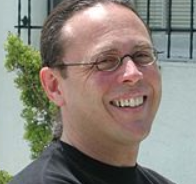 Use these online collections of encyclopedias and handbooks to find background information about the issues surrounding the play.

Marisol premiered in 1992 at the Actors Theater of Louisville.

Use these research  databases to find scholarly reviews and articles that explore various facets of the play.

Primo is the library gateway to books, films, music, selected articles and more.